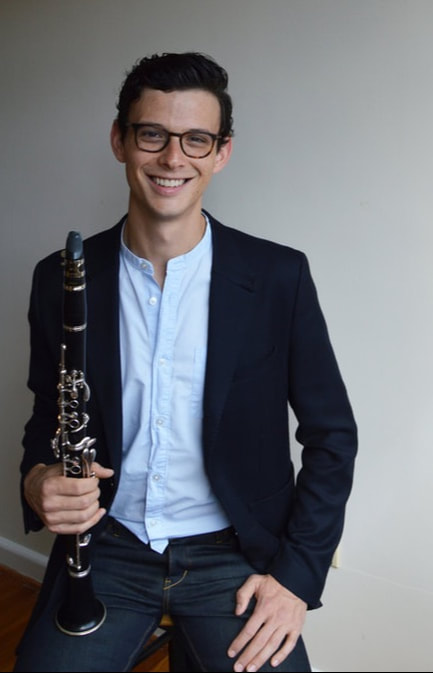 A native of San Antonio, Texas, Samuel Almaguer is the principal clarinetist of the North Carolina Symphony. Previous to his time in North Carolina, Sam also performed with the Detroit Symphony Orchestra. Sam recently made his solo debut with the North Carolina Symphony playing the Mozart Clarinet Concerto under the baton of Grant Llewellyn. As an active chamber musician, he has been featured with Incontri Musicali in Spoleto, Italy and the Cactus Pear Music Festival in San Antonio. Sam’s performances have been broadcast nationally on WGBH Boston, WUNC in the Research Triangle, and KTLA and KCET in Los Angeles.

​At a young age he was featured on National Public Radio’s “From the Top” with pianist Christopher O’Riley. Sam is also an avid pursuer of contemporary music, having been a guest artist with the Festival of Contemporary Music at Tanglewood, Wild Up in Los Angeles, and various projects with the North Carolina Symphony. While in school, he was a fellow at both the Tanglewood Music Center and Music Academy of the West. Sam received his undergraduate degree at The Colburn School in Los Angeles, CA and attended Rice University for graduate studies. His primary teachers include Yehuda Gilad, Richie Hawley, and Ilya Shterenberg.

​Sam is a Vandoren Emerging Artist.