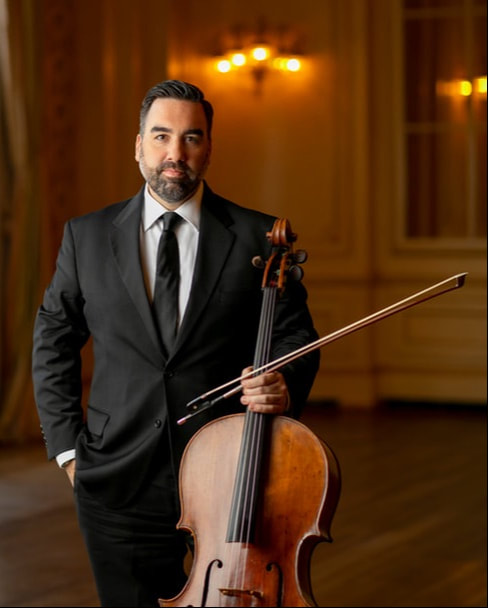 Kenneth Olsen became Assistant Principal Cello of the Chicago Symphony Orchestra in 2005. Prior to his appointment with the CSO, he received his Bachelor's of Music from the Cleveland Institute of Music as a student of Richard Aaron and furthered his studies at The Juilliard School as a student of Joel Krosnick. Ken grew up in Albany, NY where he was a pupil of Luis Garcia Renart of Bard College.

Outside of the CSO he is heavily involved in both chamber and solo pursuits. Ken is a founding member of ECCO (East Coast Chamber Orchestra), a critically-acclaimed, conductor-less chamber orchestra comprised of some of today’s most vibrant and gifted young string players -- soloists, chamber musicians, and members of major American orchestras. He is also a founding member of the Chicago-based Civitas Ensemble, as well as the cellist of the Lincoln String Quartet, made of up musicians from the CSO.

Upcoming solo appearances this fall include the Elgar concerto with the Empire State Youth Orchestra, of which Ken is an alumnus, as part of their 40th anniversary celebrations, as well as performances of Brahms Double Concerto here in Chicago with violinist Stephanie Jeong and the Chicago Symphony Orchestra led by Riccardo Muti.