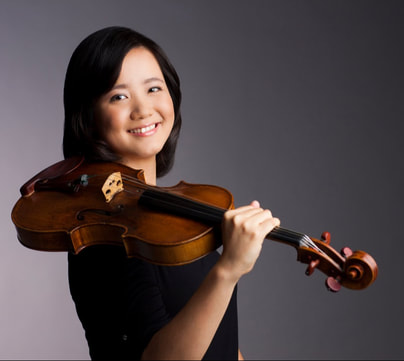 Violist Weijing Wang has joined the Chicago Symphony Orchestra appointed by Music director Riccardo Muti in March 2012. Prior to joining the CSO, she served as acting associate principal in the St. Louis Symphony orchestra from 2009-12. From 2007-09, she served as principal of the Phoenix Symphony, as the youngest principal player ever in the history of the orchestra.

As an active and passionate chamber musician, Wang was the founding member of the Chicago Peridot String Quartet, which had numerous concert tours in cities of America and Europe. She has also collaborated with artists such as the members of the Vermeer String Quartet. As an soloist, Wang has performed with the St. Louis Symphony Orchestra, the Phoenix Youth Symphony, Shanghai Youth Symphony Orchestra, among others.
​
Wang began her studies of the violin at the age of 4. At the age of 17, she started to play the viola. in 2004, she was originally admitted to the prestigious Shanghai Conservatory of Music without any entrance auditions due to her talent. Wang studied with Mr. Li-Kuo Chang, at the Chicago College of Performing Arts after she came to United States in 2004.