After presenting for national audiences via the National Association of Teachers of Singing and the National Opera Association, Drs. Minnita Daniel-Cox, Alexis Davis-Hazell, Marcía Porter, and Rosalyn Wright Floyd are pleased to present the next chapter of the project: My Sister's Keeper: Dunbar Edition.

Called by Black civil rights activist and suffragist Mary Church Terrell the "poet laureate of the Negro race," Paul Laurence Dunbar was seminal in establishing the African American literary voice and sparked the flame that would later become the Harlem renaissance.  His vivid imagery, brilliance with both standard English and dialect, and frequent use of the Black, American female perspective make him a favorite of African American women composers such as Florence Price, Zenobia Powell Perry, Irene Britton Smith, Betty Jackson King, and many more.

This recital program will be followed by a discussion panel and Q&A.
A 2nd performance of My Sister's Keeper: The Dunbar Edition will be presented at the
​ South Shore Cultural Center on November 20th for our partners at Chicago Music Association
Please email us  for more information

Our Fall Lieder Lounge is presented in partnership with 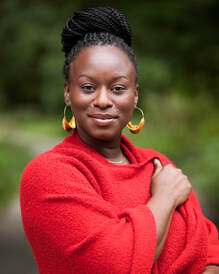 A native of Columbus, Ohio, attended Bowling Green State University, where she received a Bachelor of Music in Music Performance, and the University of Michigan, where she earned both her Master of Music and her Doctorate of Musical Arts degrees.
​
In 2014 Dr. Daniel-Cox established the Dunbar Music Archive after extensive research regarding the musical settings of texts by poet and Dayton native Paul Laurence Dunbar. She has presented her archival research for the National Association of Teachers of Singing (NATS), the National Opera Association (NOA), College Music Society, Society for American Music, National Association for Music Education, International Society for Music Education, Song Collaborators Consortia, Ohio Music Education Association, and the International Association of Sound and Audiovisual Archives.  She has performed Dunbar Archive repertoire recitals in venues across the United States including the University of Michigan, Bowling Green State University, University of Puget Sound, Ohio Northern University, Central Michigan University, Detroit Musicians Association, Taylor University, and Hanover University with a recital tour in Stara Zagora, Haskovo, and Plovdiv, Bulgaria.  Dr. Daniel-Cox has received over 350k in funding for her Dunbar work, including two National Endowment for the Humanities grants and a Mellon Foundation grant for the Dunbar Project. This initiative will help faculty plan and implement interdisciplinary curriculum based on Dunbar’s work and legacy and design the Dunbar Library & Archive, a searchable, virtual database.

​Dr. Daniel-Cox is an active member of the African American Art Song Alliance, National Association of Negro Musicians, National Association of Teachers of Singing (NATS), and is an alumna of the NATS Intern Program. She serves on the board of directors for the National Opera Association (NOA) and is Co-Chair of the Inclusivity, Diversity, Equity, and Access (IDEA) Initiative for NOA.
​
A performing scholar with roots firmly planted in American Music, her notable roles include Anna Gomez in Menotti’s The Consul and Sister Rose in Dead Man Walking with Dayton Opera. She is regularly featured in broadcasts for WDPR Discover Classical and is currently working as consultant and performer for the Bach Society of Dayton and Dayton Philharmonic 2022 seasons.

Dr. Daniel-Cox’s roots in American opera began with the role of Leonora in the world premiere of the opera Witness by Zae Munn, and Irene in the world premiere of James P. Johnson's The Dreamy Kid, which the Ann Arbor News described as “compelling and beautifully sung.”  Most recently, Dr. Daniel-Cox has appeared with the Dayton Philharmonic Orchestra, the Springfield Symphony Orchestra, the Miami Valley Symphony Orchestra, and the Bach Society of Dayton.

In addition to her stage work, she has won numerous awards as a concert artist including The American Traditions Competition (finalist), the Hartford Memorial Scholarship Competition and the Marjorie Conrad Peatee Art Song Competition. She is also a two-time recipient of the Sigurd I. Rislov & Jarmila H. Rislov Award.

In demand as an adjudicator, she has recently served Music in the Parks, the Schubert Competition, the Yee Competition, The Schubert Club Student Competition, and the Dayton Opera Guild.
​
As a dedicated educator, Dr. Daniel-Cox has taught masterclasses or presented for University of California (Irvine), Collaborative Arts Institute of Chicago, Aural Compass Projects, Columbus State University, Texas Lutheran University, Memorial University (Newfoundland), Bowling Green State University, University of Michigan (Flint), and taught music courses or applied voice for programs at Western Michigan University, University of Michigan, Bowling Green State University, and within the award-winning music program at Grosse Pointe South High School. She began her tenure at the University of Dayton in 2009 as an Artist-in-Residence and is currently Associate Professor of Voice and Coordinator of the Voice Area where she teaches applied lessons and music courses, serves as Artistic Director of the yearly musical/opera productions, coordinates the Dayton Opera Apprentice Program, and coordinates the Vocal Performance Institute, a summer program for high school-aged singers. 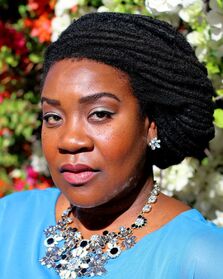 American mezzo-soprano Alexis Davis-Hazell is a clinician, presenter and singing actor of opera, concert and musical theatre repertoire in the Southeast United States. Her performances have earned accolades for the size and quality of her instrument, and the dramatic intensity she brings to supporting characters. Alexis has performed in more than one hundred and thirty performances of The Gershwins’ masterwork Porgy and Bess in numerous productions, singing the roles of Maria, Lily and Strawberry Woman as a principal and ensemble swing in opera houses throughout Germany, Russia, Poland, Greece, Latvia, Switzerland and North America. Along with the celebrated production of Porgy and Bess at San Francisco Opera, she performed in their seminal production of Show Boat – both directed by Francesca Zambello, conducted by John de Main and shown in HD cinema release, marketed internationally on DVD and shown nationally on PBS.


​She continues to perform a diverse repertoire and relishes the opportunity to sing contemporary works. Alexis originated the role of Rachel in the world premiere of Joseph Landers’ opera Let Us Now Praise Famous Men, with the Tuscaloosa Symphony in partnership with The University of Alabama Opera Theatre, broadcast on Alabama public television in September 2020. She also co-presents concerts blending classic and contemporary music, through production company Jazzoperetry, Inc. co-founded with her husband, Earl Hazell. Under their auspices, Alexis was headline artist presenting the first full concert of African American spirituals and gospel music at the Alfonso Ortiz Tirado Opera Festival in Álamos, Sonora, Mexico. Recent mainstage appearances include Mississippi Opera’s Shattering the Glass and The Hilarious World of Gilbert and Sullivan, and Cincinnati Opera’s productions of Porgy and Bess and Carmen.
​
Dr. Davis-Hazell currently serves on the faculty of The University of Alabama School of Music as Assistant Professor of Voice and Lyric Diction. Her research interests include: the legacy of Blackface Minstrelsy in contemporary voice performance practice, vocal repertoire by African American women composers, and advocacy for Russian art song studies through improvement of curricula for lyric diction pedagogy. She holds degrees in Vocal Performance from Temple University (B.M. Hons.) and Arizona State University (M.M., D.M.A.) 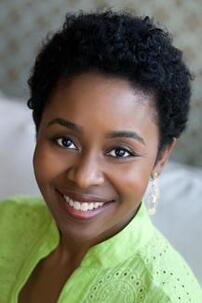 Award-winning soprano Marcía Porter made her New York solo recital debut in Weill Recital Hall at Carnegie Hall in 2005. An active recitalist, the soprano has performed in numerous venues throughout the United States, Italy, Brazil, and the Czech Republic. Porter has sung at such prestigious international festivals as the Prague Proms, Piccolo Spoleto Festival, the Ravinia Festival, and the Ameropa International Chamber Music Festival. She has performed with such national and international organizations as the Czech National Symphony Orchestra, the San Antonio Symphony Orchestra, Beijing International Symphony Orchestra (Beijing, China) and the Camerata Filarmonica Bohemia (Prague, Czech Republic). Porter has also performed with the Lyric Opera of Chicago, Opera Theatre of St. Louis, Chautauqua Opera, Dayton Opera, and Chicago Opera Theatre. Ms. Porter’s discography includes the 2011 world premier recording of Requiem für Mozart, works for soprano and orchestra by Antonio Rosetti, which was released by the German record label Ars Produktion and the 2013 recording, Open Thine Heart, a recording of contemporary American vocal works, which was released by Albany Records.

A Fulbright Scholar and Rotary International Cultural Ambassadorial Scholar, Ms. Porter has won several other awards and honors including the 2004 National Association of Teachers of Singing (NATS) Artist Award Competition, the NATS Intern program, finalist in the Metropolitan Opera Central Regional Competition, Jessye Norman Graduate Fellowship in Voice, Opera Carolina Young Artist Recital Program Award, and the Farwell Award. In 2011-2012 Porter was a Fulbright Scholar to Brazil. Her research was entitled “Bridging boundaries through musical collaboration and cultural exchange: a lecture and recital series of contemporary classical Brazilian and African American vocal literature.” During her residency at the Universidade de São Paulo, she presented numerous recitals, lectures and masterclasses in cities throughout Brazil including São Paulo, Campinas, Alphaville, Ribeirão Preto and Brasilia.

Dr. Porter is a Professor of Voice at the Florida State University College of Music. She is a much sought after clinician and has presented masterclasses throughout the mid-western and southeastern US. She has served on the faculty of Ameropa International Chamber Music Festival in Prague, Czech Republic and as a visiting Professor of Voice at Universidade de São Paulo. Dr. Porter, a graduate of the New Orleans Center for the Creative Arts, received her Bachelor’s and Master’s degrees in voice performance from Northwestern University. Porter earned a Doctor of Musical Arts degree in performance from The University of Michigan, where she studied with world-renowned Metropolitan Opera singer Shirley Verrett. Previous teachers include Margaret Harshaw, Carmen Mehta, and Kathleen Kaun. 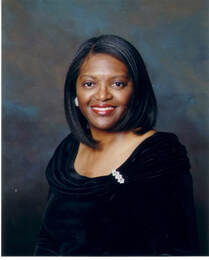 Rosalyn W. Floyd is a Professor in the Department of Music at Augusta University.  A graduate of Talladega College in Alabama, Dr. Floyd holds the Doctor of Musical Arts degree in Piano Performance and Pedagogy from the University of South Carolina.  Best known as a collaborative artist, Rosalyn Floyd has accompanied world-renowned performers including Miss Jessye Norman, Laquita Mitchell, Indra Thomas, Nicholas Phan, and Kevin Short.  For her work in the Augusta community, especially with the Augusta Choral Society, Dr. Floyd was named the Greater Augusta Arts Council Artist of the Year (2005). Her collaborative endeavors include travel to many areas throughout the United States, the Bahamas, and the Peoples’ Republic of China.  Dr. Floyd performs as the accompanist on the recordings Oral Moses Sings Songs of America (2008), Come Down Angels (2014) and Steal Away (2016). With her colleagues Dr. Martin D. Jones and Dr. Clara Park, Dr. Floyd has done several regional and national conference presentations of piano ensemble music for six hands. Her most recent alliance with the Drs. Minnita Daniel-Cox, Alexis Davis-Hazell, and Marcia Porter is My Sister’s Keeper, dedicated to the research, performance, and promotion of compositions by African American women. This partnership has presented at the national conferences for the National Association of Teachers of Singing (NATS) and the National Opera Association (NOA).