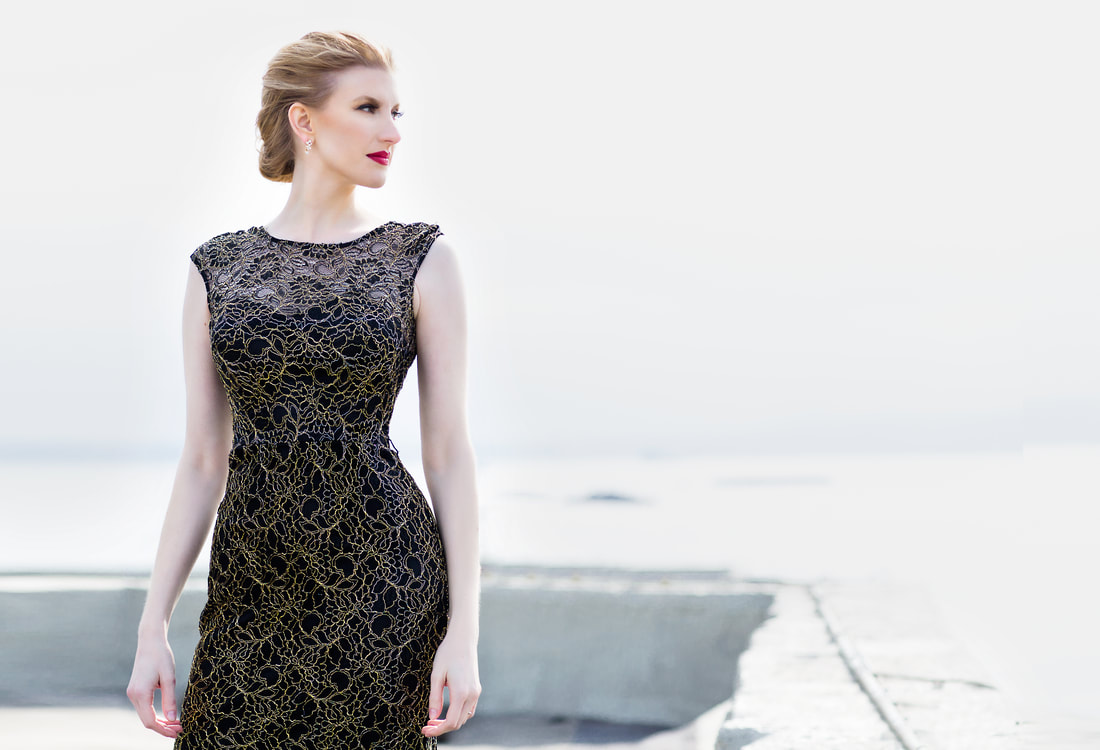 Internationally renowned American lyric soprano Amanda Majeski is rapidly garnering critical acclaim for a voice of “silvery beauty” (Musical America), “sings with remarkable commitment and radiance of tone...She sounds exquisite.” (The Guardian), and “Majeski’s well-rounded soprano...is so warm and glorious, the singing so outstanding, that she leaves no emotions unstirred.” (Financial Times) Her 2019-20 season includes four debuts with the Nürnberger Symphoniker, New York Philharmonic, Teatro dell’Opera di Roma, Teatro Real Madrid and performances with Lyric Opera of Chicago.
​
Majeski’s season commences with her debut with the Nürnberger Symphoniker bringing her Straussian expertise to his “Vier letzte Lieder” conducted by Kahchun Wong. She then returns to Lyric Opera of Chicago, the company that launched her international career, for her house role debut as Donna Elvira in Don Giovanni, followed by her debut with the New York Philharmonic as a soprano soloist in Mozart’s Mass in C minor under the direction of Jaap van Zweden. She will also perform Hugo Wolf’s Italienisches Liederbuch at the 92nd Street Y, alongside bass-baritone Philippe Sly and pianist Julius Drake. Her season continues with a debut with Teatro dell’Opera di Roma, as the title role in Janáček’s Káťa Kabanová. The season closes with her reprisal as Marta in Weinberg’s The Passenger at Teatro Real Madrid for its Spanish premiere—a role she debuted at Lyric Opera of Chicago for which the Chicago Tribune hailed her as “radiant” and “immensely touching” adding that “she has done nothing finer.”
Highlights from her previous season include rave reviews for her Royal Opera House Káťa Kabanová, “If there is a more compelling solo performance on the operatic stage this year than Amanda Majeski’s in the title role of Janacek’s opera, I will need a new stock of superlatives. I unhesitatingly say that you are unlikely to encounter a Katya more profoundly acted than by the American soprano, nor more strikingly sung.” (The Times) Her 2018-19 season also included her concert debuts with the Sydney Symphony, Colorado Symphony, Music of the Baroque, and her debut at Staatsoper Stuttgart as the title role in Iphigénie en Tauride was praised as “Amanda Majeski in the title role has a voluminous, clean-sounding and beautiful soprano. She is the ideal person for this role” (Kultura Extra), as well as a return to Santa Fe Opera as Fiordiligi in Così fan tutte in a new production under conductor Harry Bicket and director R. B. Schlather.

Ms. Majeski made her Metropolitan Opera debut on the opening night of the 2014-2015 season as Countess Almaviva in a new production of Le nozze di Figaro conducted by James Levine, which was broadcast in HD internationally and on PBS across the United States. Since then, she has returned for revivals of Le nozze di Figaro and Don Giovanni, both conducted by Fabio Luisi, and a new production of Così fan tutte conducted by David Robertson which was a featured HD broadcast in the 2017-2018 season. An alumna of the Ryan Opera Center, she made her mainstage Lyric debut with only a few hours’ notice as Countess Almaviva conducted by Andrew Davis. Named “Best Breakout Star” by Chicago Magazine, she has since continued her relationship with Lyric audiences as Vitellia in La clemenza di Tito, Eva in Die Meistersinger von Nürnberg, the Marschallin in Der Rosenkavalier and as Marta in The Passenger, hailed as a “shattering, star-making performance” by the Chicago Classical Review.

She made her critically-acclaimed role debut as the Marschallin in Claus Guth’s new production of Der Rosenkavalier at Oper Frankfurt, where she has also been seen as the Goose-Girl in Humperdinck’s Königskinder, Vreli in Delius’s A Village Romeo and Juliet, and the title role in Dvořák’s Rusalka. Ms. Majeski made her European debut at the Semperoper Dresden where her performances included new productions of Alcina and La clemenza di Tito, as well as revivals of Le nozze di Figaro and Capriccio. Her significant international debuts include the Glyndebourne Festival as Countess Almaviva and Eva, Opernhaus Zürich as Marguerite in a new production of Faust, as well as the Paris Opera and Teatro Real as Vitellia in La clemenza di Tito. She made her debuts at the National Centre for the Performing Arts in Beijing as Eva in Kasper Holten’s new production of Die Meistersinger von Nürnberg and her debut at Teatro Colón as Cleopatra in Handel’s Giulio Cesare. Her US career also includes performances with Opera Philadelphia as Donna Elvira in Don Giovanni, Pittsburgh Opera as Blanche de la Force in Poulenc’s Dialogues des Carmélites, and her Washington National Opera debut as the Countess in Le nozze di Figaro. Ms. Majeski’s long-standing relationship with the Santa Fe Opera includes her debut in Vivaldi’s Griselda as Ottone in a production by Peter Sellars, subsequently appearing as Countess Madeleine in Capriccio and her first performances of the Composer in Richard Strauss’s Ariadne auf Naxos to rave reviews.

On the concert stage, Ms. Majeski made her debut with the Hong Kong Philharmonic as Gutrune in Richard Wagner’s Götterdämmerung conducted by Jaap van Zweden which will be released commercially on Naxos Records as the final installment of their Ring Cycle. She has appeared with the Los Angeles Philharmonic at the Hollywood Bowl in Ludwig van Beethoven’s Ninth Symphony conducted by Gustavo Dudamel and sang her first performances of Strauss’ Vier letzte Lieder at Philadelphia’s Verizon Hall with the Curtis Orchestra conducted by Karina Canellakis. She debuted with Sinfonieorchester Aachen singing Berg’s Sieben frühe Lieder and Mozart’s Requiem, has been heard in concert singing Agathe’s arias from Der Freischütz with conductor Erik Nielsen and the Civic Orchestra of Chicago and the soprano solo in Mahler’s 4th Symphony with the Quad City Symphony. She also sang Gounod’s Marguerite in concert with Washington Concert Opera under Antony Walker, Bach’s Magnificat under Sir Gilbert Levine in Chicago, Mahler’s 4th Symphony with the Richmond Symphony Orchestra at the Kennedy Center and the title role in Stanisław Moniuszko’s Halka at the Bard Music Festival. She made her New York City recital debut at Carnegie’s Weill Recital Hall under the auspices of the Marilyn Horne Foundation and returned for her solo recital debut at Carnegie Hall in 2014.
​
Ms. Majeski holds degrees from the Curtis Institute of Music and Northwestern University. She was a member of San Francisco Opera’s Merola Program, the Gerdine Young Artist Program at Opera Theatre of St. Louis, and the Steans Institute at Ravinia. Awards include the George London Foundation Award, first prize of the Palm Beach Opera Vocal Competition, and a Sara Tucker Study Grant from the Richard Tucker Foundation.

2020 Collaborative Works Festival - CONCERT I: Women of the Baroque