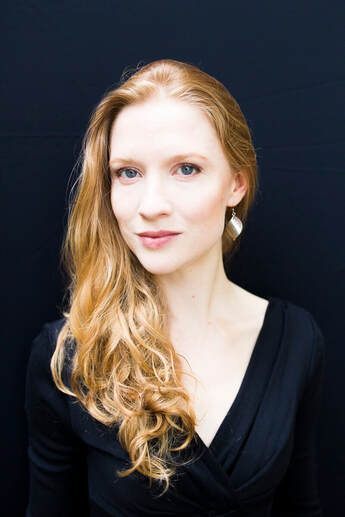 Adriane Post's  violin playing has been described as “exquisite” by The New York Times. A specialist in historical performance practice of repertoire spanning the 17th to 19th centuries, Post is sought after as leader, collaborator, and soloist in ensembles across the United States. A founding member of the critically acclaimed ACRONYM Ensemble and Diderot String Quartet,  Post is a dedicated chamber musician, who formed her first quartet at age 11 and never looked back. She has served as Concertmaster of the National Cathedral Baroque Orchestra, Co-concertmaster of Apollo's Fire in Cleveland, as guest leader with ensembles such as Seraphic Fire in Miami and The Thirteen in D.C., and as a tenured member of Handel + Haydn Society in Boston. Recent collaborations include with the Green Mountain Project, Four Nations Ensemble, Les Délices, Pegasus Early Music and with Harry Bicket in concert with the Diderot Quartet. Post has toured with the London based English Concert in Italy and recent festival engagements include the Utrecht and Boston Early Music Festivals as well as Carmel Bach Festival. Teaching engagements have lately brought her to Cincinnati Conservatory and the Smithsonian Institute, where she was a faculty member at the Haydn Academy. Post pursued her Bachelor of Music at Oberlin Conservatory and received her Master of Music degree as a member of the first class of Juilliard’s Historical Performance program. Based in Chicago, she was born and raised in northern Vermont.