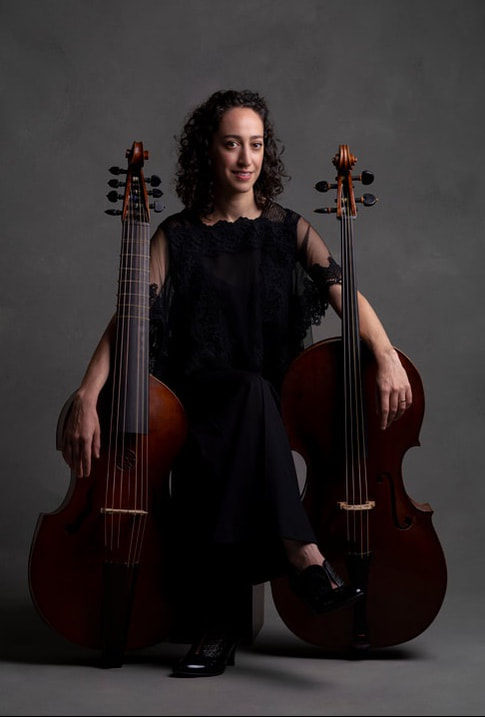 ARTIST WEBSITE: www.annasteinhoffcello.com
​
Based in Chicago, Anna Steinhoff specializes in the baroque cello and viola da gamba. She is a member of Third Coast Baroque, the Haymarket Opera Company, and Second City Musick, and was recently appointed to be principal cellist with the Indianapolis Baroque Orchestra. During the summers, Anna has the pleasure of being a part of the Staunton Music Festival and the Princeton Festival Baroque Orchestra.

Anna is a founding member of Wayward Sisters, with whom she won first prize in the 2011 Early Music America competition. Wayward Sisters released their debut album of music by Matthew Locke on the Naxos label and their second recording, a Restless Heart, was released in 2017.

In addition to classical music, Anna has performed and recorded with indie rock bands Saturday Looks Good To Me, Mysteries of Life, Frisbie, and children’s artist Justin Roberts.
Anna recieved degrees in cello performance from the Oberlin Conservatory and Northwestern University where her principal teachers were Peter Rejto and Hans Jensen. She studied baroque cello in the Netherlands with Jaap ter Linden.

As an active and passionate chamber musician, Wang was the founding member of the Chicago Peridot String Quartet, which had numerous concert tours in cities of America and Europe. She has also collaborated with artists such as the members of the Vermeer String Quartet. As an soloist, Wang has performed with the St. Louis Symphony Orchestra, the Phoenix Youth Symphony, Shanghai Youth Symphony Orchestra, among others.
​
Wang began her studies of the violin at the age of 4. At the age of 17, she started to play the viola. in 2004, she was originally admitted to the prestigious Shanghai Conservatory of Music without any entrance auditions due to her talent. Wang studied with Mr. Li-Kuo Chang, at the Chicago College of Performing Arts after she came to United States in 2004.