Collaborative Arts Institute of Chicago seeks to make Chicago a world-class home for the study and performance of art song and vocal chamber music repertoire by curating performances and providing educational opportunities.

As founding partners of Collaborative Works, LLP, pianists Nicholas Hutchinson and Shannon McGinnis have been providing high quality affordable coaching and accompanying services in the Chicago-land area since 2006.  In 2010 they joined forces with tenor Nicholas Phan to establish the Collaborative Arts Institute of Chicago with the goal of providing educational and performance opportunities for musicians, specifically through the promotion and advancement of art song and vocal chamber music repertoire.

Since its first event, a small, private house concert in 2010, CAIC’s educational and performance programs have expanded to include an annual series of public concerts and master classes, workshops, a four-day festival, and a fellowship program for promising Chicago area singers and pianists. Opera News has described CAIC “as one of Windy City’s primary musical treasures”.
​
CAIC regularly partners with prominent arts organizations, universities and schools throughout Chicago. Praised by Chicago Classical Review for consistently producing “art song performances of the highest order”, its performances feature an international roster of singers, pianists and instrumentalists who are leading performers of this repertoire world-wide. CAIC is the only arts organization in Chicago, and one of very few nationwide, to devote itself exclusively to art song, and reaches hundreds of Chicagoans each year with its performance and educational activities. The Chicago Tribune has written “the genre of art song singing will never lack a forum in the city’s musical life as long as the Collaborative Arts Institute of Chicago is there to affirm its importance and promote its growth." 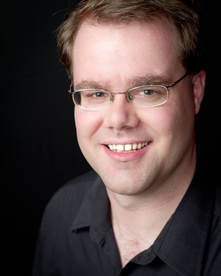 ​Nicholas Hutchinson, piano has performed throughout the United States as both collaborator and soloist. He was a prizewinner in the Kosciuzko Foundation National Chopin Competition and the Fischoff National Chamber Music Competition, and was a finalist in the Oberlin International Piano Competition. A passionate teacher, Dr. Hutchinson is currently a lecturer at DePaul University and has taught at a number of educational institutions including the Steppingstone School for the Potentially Gifted and the Chelsea Center for the Arts. He is also co-director of Friends Music Camp, a Quaker-based summer music camp in southeast Ohio. 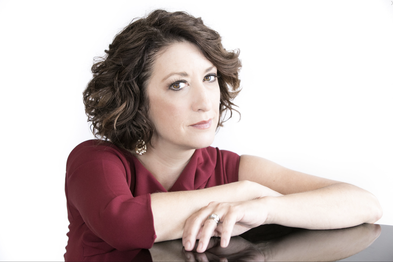 Pianist Shannon McGinnis has been recognized for her partnerships with some of the brightest stars in the classical vocal music world. Her playing has been described as “excellent” (Opera News), “strong and supportive” (Chicago Tribune), and “boldly projected, characterful, and delicately nuanced” (Chicago Classical Review). Recent season highlights include a recital with soprano Nicole Heaston and members of the Elgin Symphony Orchestra, broadcast on WFMT; a recital with mezzo-soprano Amanda Lynn Bottoms, as part of the 2020 Collaborative Works Festival; and recitals with baritone Michael Kelly and soprano Melody Moore. 2019-2020 brought a series of concerts, including three world premieres, with the Philadelphia Chamber Music Society’s “Emerging Voices” series, featuring sopranos Joélle Harvey and Sarah Shafer, mezzo-sopranos Jennifer Johnson-Cano and Corinne Winters, tenor Nicholas Phan, and baritones Douglas Williams and Roderick Williams. In 2022 McGinnis makes her debut with San Francisco Performances, in a salon concert curated by tenor Nicholas Phan.

A passionate advocate for art song, McGinnis is a founder of Collaborative Arts Institute of Chicago, where, as Director of Education, she oversees a series of master classes and workshops for singers and pianists, as well as the organization’s Vocal Chamber Music Fellowship. Also at home in the world of opera, McGinnis has held internships and appointments with the Opera Company of Philadelphia, DePaul University Opera Theater, DuPage Opera, and Kentucky Opera. In 2015 she served as vocal coach and ensemble pianist for the world-premiere performances of Matthew AuCoin’s Second Nature, presented by Lyric Opera of Chicago and “Lyric Unlimited”, and has served recently as an official pianist for the Joyce DiDonato Master Classes at Carnegie Hall’s Weill Music Institute.

In 2015 McGinnis joined the faculty of the Chicago College of Performing Arts at Roosevelt University, where she serves as Assistant Teaching Professor of Diction and Vocal Coaching. In addition to her regular teaching responsibilities at CCPA, she has taught a popular graduate seminar on the topic of modern and contemporary American art song; in fall 2020 she will inaugurate a seminar exploring folk song and identity. McGinnis serves as head vocal coach for “Prague Summer Nights”, a four-week opera and orchestra festival based in the Czech Republic and comprised of young artists from across the globe, culminating in performances at the historic Estates Theatre. In addition, McGinnis is a co-creator of RISE (Resound: Immersive Song Experience), a tuition-free program for emerging artist-entrepreneurs, which enjoyed its inaugural season, remotely, in summer 2020.

Prior to moving to Chicago in 2006, McGinnis held the position of Assistant Professor of Piano and Coordinator of Accompanying at Truman State University. She was awarded the Doctor of Musical Arts in Accompanying and Chamber Music from the University of Michigan, as a student of Martin Katz, and is a recipient of the 2017 Emerging Artist Award in Music, given by the School of Music Theatre and Dance Alumni Society Board of Governors.
NICHOLAS PHAN
ARTISTIC DIRECTOR 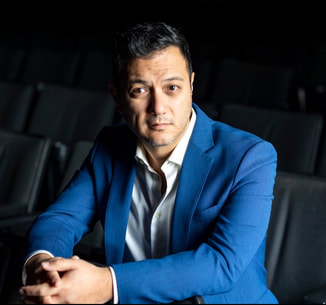 Described by the Boston Globe as “one of the world’s most remarkable singers,” American tenor Nicholas Phan is increasingly recognized as an artist of distinction. Praised for his keen intelligence, captivating stage presence and natural musicianship, he performs regularly with the world’s leading orchestras and opera companies. Also an avid recitalist, in 2010 he co-founded the Collaborative Arts Institute of Chicago (CAIC) to promote art song and vocal chamber music, where he serves as artistic director.

A celebrated recording artist, Phan’s most recent album, Clairières, a recording of songs by Lili and Nadia Boulanger, was nominated for the 2020 Grammy Award for Best Classical Solo Vocal Album. His album, Gods and Monsters, was nominated for the same award in 2017. He is the first singer of Asian descent to be nominated in the history of the category, which has been awarded by the Recording Academy since 1959. His other previous solo albums Illuminations, A Painted Tale, Still Fall the Rain and Winter Words, made many “best of” lists, including those of the New York Times, New Yorker, Chicago Tribune, WQXR, and Boston Globe. Phan’s growing discography also includes a Grammy-nominated recording of Stravinsky’s Pulcinella with Pierre Boulez and the Chicago Symphony, Berlioz’ Roméo et Juliette with Michael Tilson Thomas and the San Francisco Symphony, Scarlatti’s La gloria di primavera and Handel’s Joseph and his Brethren with Philharmonia Baroque, an album of Bach’s secular cantatas with Masaaki Suzuki and Bach Collegium Japan, Bach’s St. John Passion (in which he sings both the Evangelist and the tenor arias) with Apollo’s Fire, and the world premiere recordings of two orchestral song cycles: The Old Burying Ground by Evan Chambers and Elliott Carter’s A Sunbeam’s Architecture.

​A graduate of the University of Michigan, Phan is the 2012 recipient of the Paul C Boylan Distinguished Alumni Award and the 2018 Christopher Kendall Award. He also studied at the Manhattan School of Music and the Aspen Music Festival and School, and is an alumnus of the Houston Grand Opera Studio. He was the recipient of a 2006 Sullivan Foundation Award and 2004 Richard F. Gold Career Grant from the Shoshana Foundation.  www.nicholas-phan.com