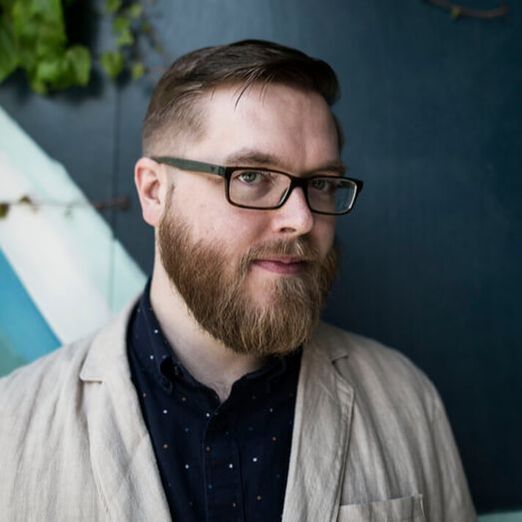 Eric Malmquist (b. 1985) writes earnestly heartfelt and engaging music. He draws on a deep love of early music and modern influences to produce works that are focused and emotional.
​
He has been commissioned by the Chicago Composers Orchestra, the Chicago Youth Symphony Orchestra, tubist Scott Tegge, historical keyboardist Charles Metz, historical flutist Leighann Daihl Ragusa, the International Chamber Artists, the Newberry Consort and the Wicker Park Choral Singers.

His tuba sonata has been performed by Gene Pokorny of the Chicago Symphony Orchestra and Scott Tegge of Gaudete Brass. His commissioned work Prairie Music for CYSO was featured on Chicago’s Ear Taxi Festival in October 2016 and at Midwest Clinic in December 2016. CCO and WPCS co-commissioned his Blemish’d Muse, a twenty-minute work for choir and orchestra, in 2016. His song cycle If You Travel Far Enough was the very first commission of the ICA, and was featured on Live from WFMT in 2015. Michael Hall premiered his Sonata for Viola and Piano in 2014, and Gaudete Brass  premiered his Three Preludes in 2013.
His music has been performed across the US and has been featured repeatedly on 98.7WFMT. His music has been recorded by VOX 3 on the disc "New Song" and by pianist Jonathan Hannau.